What happens when you pass away without a valid Will?

Note: This is a general overview of advance life planning and intestacy law is not to be considered as legal advice.

Key words and their meaning

Estate – all the money, property and assets owned by a person to be distributed after they have passed away.

Beneficiary – someone who receives a portion, or all, of a trust, Will, or life insurance policy after a person has passed away.

Intestacy – When a person dies without a Will, they have died “intestate”. Intestacy is an estate where someone has died without having a valid Will.

Spouse – A spouse is a person who is married, a de facto partner, or a registered partner (under The Civil Partnerships Act 2011).

De facto – A de facto partnership is two people who are living together in a genuine relationship for 2 years or more, regardless of gender.

Next of kin – A next of kin is a person’s spouse, de facto partner, or their closest living blood relative/s 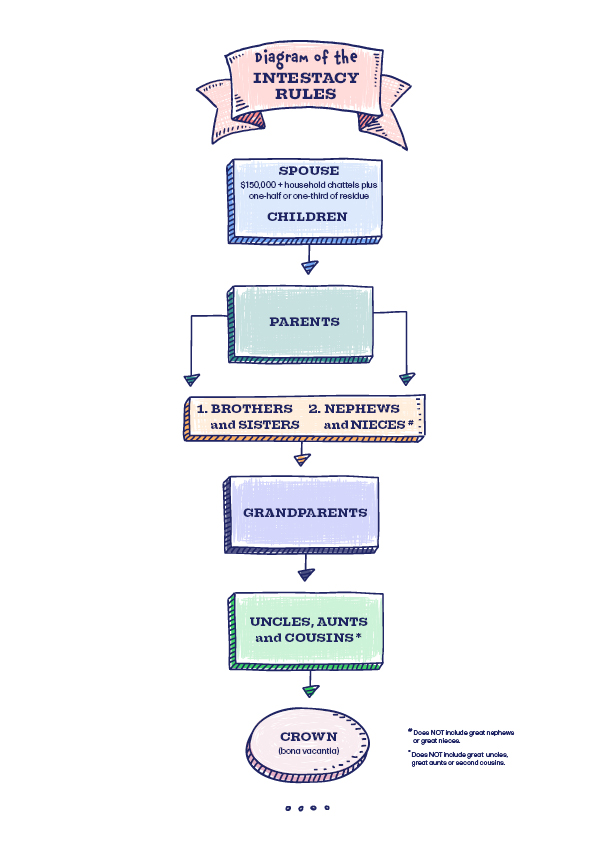 If you, or a loved one require support for grief and loss contact:

If you have any questions, we're here for you.